We will select the resistive elements to be used according to the allowed inductance and the required current and time ratings. 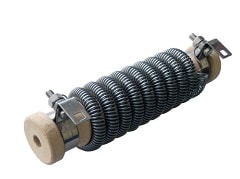 Edgewound resistive elements are strip type elements, essentially a stainless steel tape wound on tubular porcelain insulators. A rod is placed inside these resistive elements to form the resistive assembly. They are used in general for medium-level currents, touting shock-proofing, and compactness. 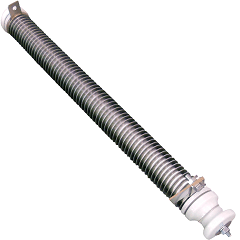 Generally used for low resistance and high current, grid resistors are made with punched steel sheet with holes at in each end for mounting. Grids are then stacked on insulated steel rods. Mica washers are inserted between grids for insulation, and the rods are mounted between steel end frames. To obtain the best electrical connection, we weld grids together. 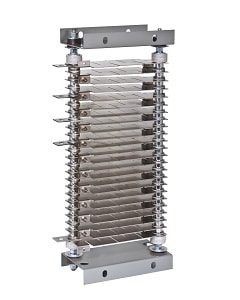 IP23
Protected against solid foreign objects of 12.5mm in diameter and greater.
Water falling as a spray at any angle up to 60° from the vertical shall have no harmful effect. 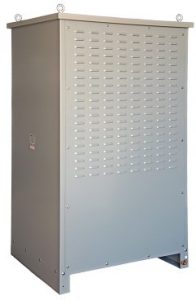 IP56
Ingress of dust is not entirely prevented, but it must not enter in sufficient quantity to interfere with the satisfactory operation of the equipment; complete protection against contact.
Water projected in powerful jets (12.5mm nozzle) against the enclosure from any direction shall have no harmful effects.

IP56
Ingress of dust is not entirely prevented, but it must not enter in sufficient quantity to interfere with the satisfactory operation of the equipment; complete protection against contact.
Water projected in powerful jets (12.5mm nozzle) against the enclosure from any direction shall have no harmful effects.

A protective coating of zinc is applied to steel. The zinc provides cathodic protection due to its greater negative electrochemical potential, making it the metal of preference to be consumed (when rusting). It often shows an aesthetic feature known as spangle, crystallites inside the coating. All of our galvanized steel material meets specific ASTM coating standards.

Once the galvanized steel is prepared, it is then treated for painting with a non-metallic iron phosphate coating. This heavily improves paint adhesion and increases corrosion protection if the metal’s paint film is broken. After the steel has been phosphatized, it is then powder coated. Powder coating cures in heat, forming a “skin”. This creates a harder finish, tougher than conventional paint.

Galvanized steel is a generally cost-effective and reliable material to prevent corrosion and damage to your product. 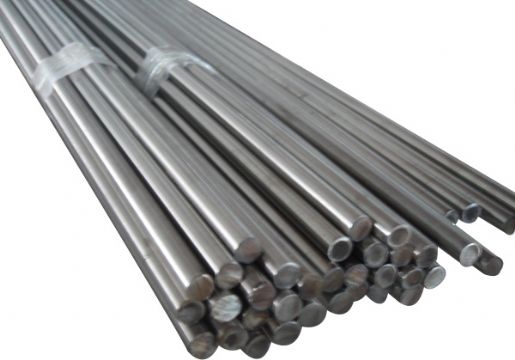 Because stainless steel is comprised of chromium and nickel throughout the material itself, it provides corrosion resistance for a longer duration as it does not rely on a coating for protection. This leaves painting to be an an optional layer of protection. We generally use stainless steel with a natural finish unless otherwise specified.

If you need the high corrosion resistance paired with long-term usage, then consider stainless steel as a very viable alternative to galvanized steel. 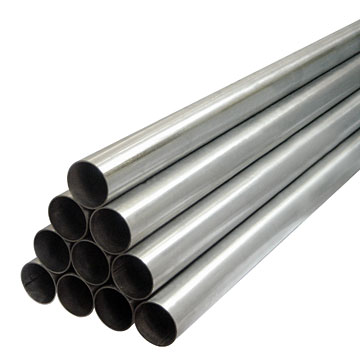 Anodizing is a process used to increase the thickness of a natural oxide layer formed on the surface of metal. Aluminum when exposed to any gas containing oxygen at room temperature will form a surface layer of amorphous aluminum oxide, which is very effective against corrosion. 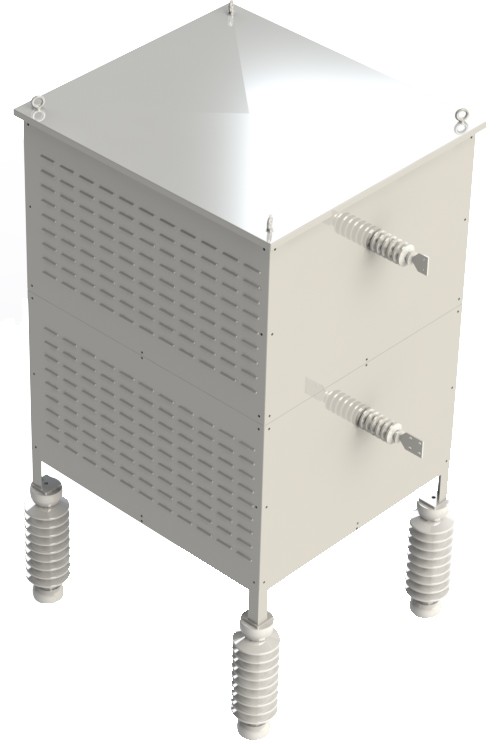 A Harmonic Filter Resistor inside a NEMA 1 enclosure

What are Harmonic Filter Resistors?

Harmonic Filter Resistors are also commonly referred to as Damping Resistors. These are often part of a RLC circuit, used for harmonic filters.

The purpose of a harmonic filter is to reduce distortions in power systems, produced by non linear loads such as arc welders, induction furnaces, VFDs, ballasts, computer equipment, phones, UPSs etc., which can cause failure of motors, transformers and switchgear through insulation breakdown, arcing and overheating.

In a normal AC power system, supply voltage varies sinusoidally with a fundamental frequency of 50 or 60 hertz. When linear loads, such as resistive heaters, incandescent lamps, constant speed induction and synchronous motors, are connected to the system, sinusoidal currents will be drawn from the system at the same frequency as the voltage. However when non-linear loads are connected, a series of sinusoidal currents, called harmonics, will be drawn at integer multiples of the fundamental frequency.

Electric motors experience hysteresis loss caused by eddy currents set up in the iron core of the motor. These are proportional to the frequency of the current. Since harmonics are at higher frequencies, they produce more core loss in a motor than the fundamental frequency, resulting in increased heating of the motor core, which could shorten the life of the motor. The 5th harmonic causes a counter electromotive force in large motors which acts in the opposite direction of rotation. This force is not large enough to counteract the rotation but it will slow down the motor.

The increase in transformer eddy current loss due to harmonics has a significant effect on the operating temperature of transformers. Transformers that are required to supply power to nonlinear loads must be derated based on the percentages of harmonic components in the load current.

Many industrial and commercial electrical systems have capacitors installed to offset the effect of low power factor. Most capacitors are designed to operate at a maximum of 110% of rated voltage and at 135% of their kvar ratings. Since capacitive reactance is inversely proportional to frequency, harmonic currents may result in capacitor banks overload and failure.

All of our products have a minimum 24 month guarantee. We are fully committed to ensuring your satisfaction.

Brochure with more info
""
1
Previous
Next